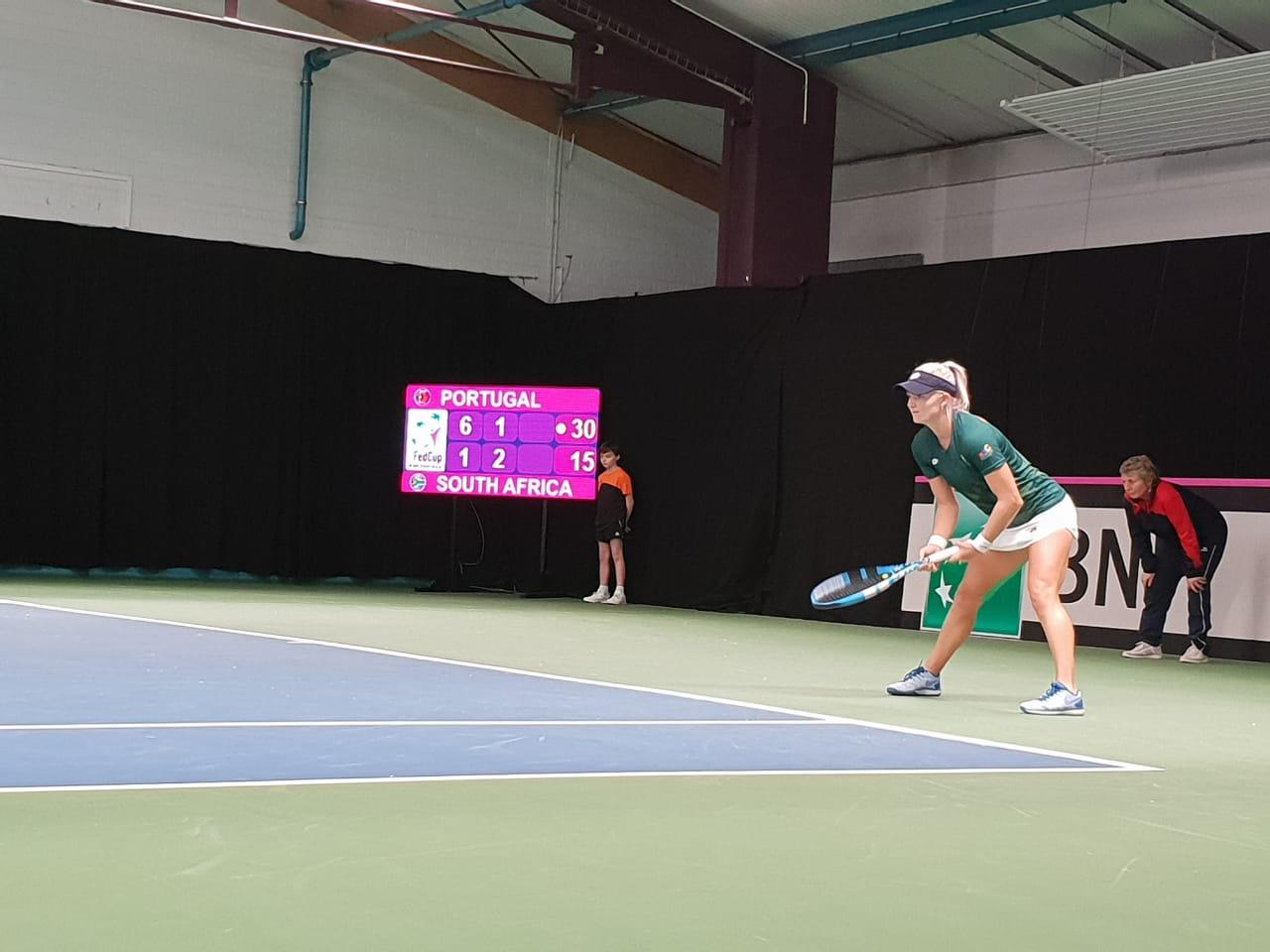 South African Fed Cup Captain Rene Plant has seen plenty of positives from the team despite the unfavourable tournament results this week, and with the team relegated from the Euro/Africa Zone Group II after a 2-0 defeat to Portugal in Esch-sur-Alzette, Luxembourg, on Friday.

The third successive group stage defeat this week has condemned South Africa back to Group III for the Fed Cup next year having suffered 2-1 defeats to host country Luxembourg and Israel this week.

Against Portugal, debutant Zani Barnard lost 6-4 7-5 to Ana Filipa Santos in the first singles encounter before Chanel Simmonds suffered a 6-1 6-3 defeat to Fransisca Jorge in the second singles rubber match.

South Africa, who had been promoted to the much tougher Group II this year, will have a mountain to climb again but the young team will be taking home some good values from their time and matches played at the National Tennis Centre’s indoor hard courts.

“It has been a tough and challenging week for the team. They have certainly given their best on and off the court and as a coach, that is all that I could ask for,” said Plant.

“We were best prepared as we possibly could be but the result did not go our way. We will continue to work hard to develop women’s tennis back in South Africa, and hopefully try to get back in Group II in the not too distant future.”

Despite this, the young trio of Barnard, Imaan Hassim and Sinazo Solani will treasure the trip with the experience of Simmonds, Theresa van Zyl and Madrie le Roux rubbing off on them.

“Unfortunately, the competition was extremely tough. Hopefully, the three young caps have learnt from this experience and will continue to improve and work on their game,” Plant concurred.